When cupcakes met COVID: How one family business pivoted to sweet success 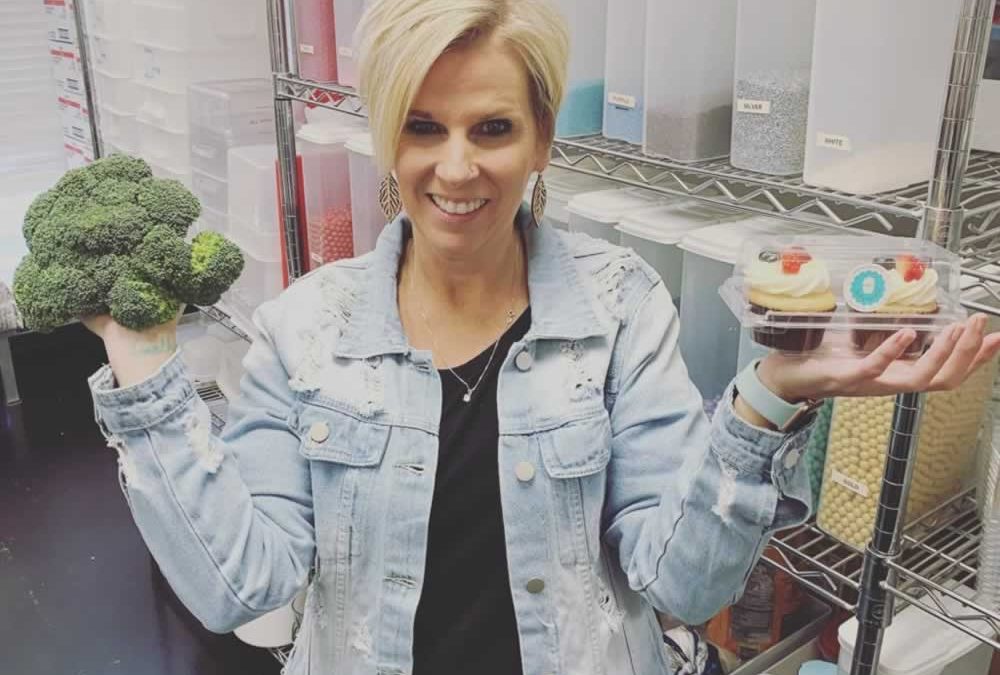 Inspiration had struck, and Melissa Johnson was going with it.

“As I’ve grown older, I can’t say I’ve necessarily grown wiser. I know there is a whole lot I don’t know,” she wrote in a Facebook post one recent Friday.

“The only thing I know for sure is that an act of kindness, no matter how small, goes a long way.”

With that, she went on to announce a “literal small token” would be given away for the next two days with every cupcake purchase at her business, Oh My Cupcakes, redeemable for a free mini cupcake at a future visit.

“It’s a crazy time right now, and everybody could use a little pick-me-up,” she said, minutes after posting the latest in a series of ways she has attracted customers while reflecting the reality of recent times.

“The time line has been such a blur,” Johnson said of the past three months.

“It was agonizing. I laid awake wondering if it was the right thing to stay open at all.”

Her experience illustrates the pain felt by an untold number of small, family-owned businesses as the COVID-19 pandemic threatened their health and their livelihood. But her response illustrates the best of entrepreneurship – the ability to shift nimbly and respond to changing customer needs.

“Oh My Cupcakes can serve as a template for how other small businesses can consider adapting when times are challenging,” said Stephanie Larscheid, executive director of the Prairie Family Business Association.

“Melissa and her team even were recognized for their efforts by supplier Sysco, a giant in the industry, showing their reach for businesses goes far beyond even South Dakota. We’re lucky to be able to learn from them.”
Shifting swiftly

As it became clear retailers would have to dramatically alter their business models in March, Johnson took some immediate steps.

She consolidated baking in one of her two locations – a move already under consideration that was accelerated.

“We had talked about doing it in a month or so, with a little planning, and then it became we were starting it Monday,” she said.

“We also cut back on some staff hours, but we never laid anybody off or furloughed. We just said we’re going to tighten it up. And those two things combined allowed us to best utilize our resources. And we streamlined the menu. There are so many cupcakes you can make with vanilla, almond, chocolate, lemon and red velvet.”

With customers largely staying home, Oh My Cupcakes shifted its marketing strategy. It became promoting its party kits, offering a decorate-your-own cupcake activity for kids and parents looking for something new to do.

The business also started no-contact delivery and offered it for free for more than a month.

The stories from that were powerful. One customer sent cupcakes to a son in a group home that couldn’t take visitors. Another one, stuck in Las Vegas unable to get a flight home, sent them to her mother in a memory care community.

“Every time I’d wonder if we were doing the right thing staying open, we would get an order like that,” Johnson said. “And I would say that’s exactly why we’re here and why we do what we do every day.”
New offerings

“We had easy access to butter, eggs, flour, sugar, so we decided why not pass them along to our community,” Johnson said.

She found a cooler that hadn’t been used in years, moved it up front, plugged it in and filled it with pantry staples.

“Customers responded really well,” she said. “They were appreciative they could come to a smaller, more neighborhood, local place to get those items. And they were shopping local. Our eggs come straight from Dakota Layers. Milk and cream came from Stensland Family Farms.”

She also offered fruits and vegetables at one point but has cut back in recent weeks as farmers markets opened.

“When you set a new way of doing things, you can’t become married to it because something will change again next week, so you have to be willing to stop and start and continue.”
Recession roots, family ties

Oh My Cupcakes has a foundation built on challenging times.

“We started right in the middle of economic crisis, and I’ve been really conservative in taking on debt as we grew. We just bootstrapped all the way along,” said Johnson, who started the business in 2009. “And this has brought us a reminder of that need to be disciplined, even sharing ingredients between our two stores to make sure we’re running as efficiently as possible.”

Her daughter, Emily, began helping with the business by running a mixer at age 11. Johnson’s son, Brandon, named the business Oh My Cupcakes when he was 5.

Emily, now 22, and her fiance, Conor Rude, work in the business and see it as part of their professional future.

“He’s been a great addition. He grew up in a family business, a furniture store in Brookings, so he understands small business, family business and all the dynamics that go with that,” Johnson said.

Brandon, now 16, is a delivery driver. And daughter Randi, 25, is a teacher who helps full time during the summer.

“We are still establishing roles,” Johnson said, adding that joining the Prairie Family Business Association at the beginning of this year marked a commitment to that effort.

“We’re getting ready to do a case study through Prairie Family Business, so I’m very excited about that, and they will help us navigate what that looks like. The best transition plan starts well in advance for a transition taking place, so we’re at the very beginning stages of figuring out what down the road looks like.”

Regardless, the experience of recent months has been and will continue to be critical to that journey, she added.

“I really feel like we’ve been so blessed. I kept waiting for it to slow down remarkably, and it hasn’t. We’ve been hanging in there. It’s been good,” Johnson said.

She recently brought her team of 40 employees together for the first all-staff meeting in months. They sat spaced out in a parking lot and talked about gradually returning to more normal operations.

“It’s so important to acknowledge how our team just had to go and make things happen. Resilience was a key theme among our entire team,” Johnson said. “Everyone working together is what got us through this crisis.”