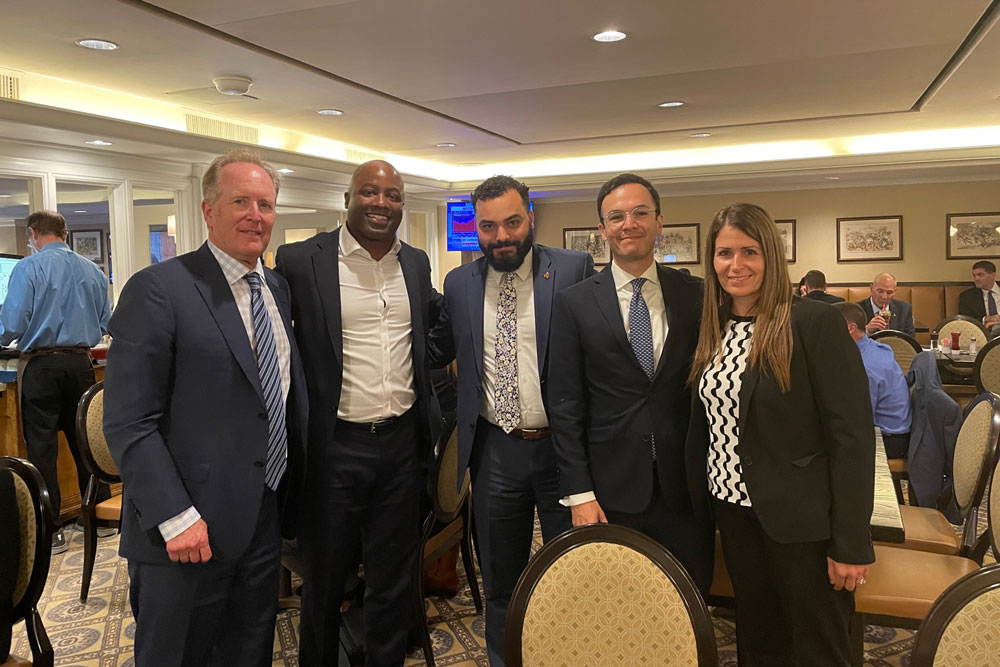 Tax provisions were not the only items missing from the omnibus last week. Congress had to remove COVID-19 relief funding from the $1.5 trillion “omnibus” appropriations package that passed both chambers last week. The funds, which would have replenished depleted pandemic programs, were abruptly removed shortly before passage due to opposition over how the spending would be offset.

However, Democrats are still attempting to pass the COVID-19 supplemental. The original White House COVID-19 supplemental request sent to Congress earlier this month contained $30 billion for oral antiviral treatments, monoclonal antibodies and pre-exposure prophylaxis; the continuation of critical testing initiatives and funding for testing, treatments and vaccines for the uninsured; the start of  a “next-generation vaccine that protects against future variants;” and accelerated global vaccination efforts.

House Speaker Nancy Pelosi (D-CA) said during Democrats’ issue retreat last week in Philadelphia that the House would soon advance a separate COVID-19 supplemental package and that only half of the spending would be offset. Even though the White House request was reduced to $15.6 billion in the omnibus language, Pelosi has since indicated Congress may need to provide more funding. She said last week that the Biden administration’s request “was a good start,” but that “it wasn’t everything. So we would have needed to do more anyway. And we will.”

A push to pass even more COVID-19 funding is likely to meet Republican opposition—something that Democratic leadership has reportedly acknowledged behind closed doors. Sen. Richard Shelby (R-AL), the Senate Appropriations Committee ranking member, suggested as much last week when he said, “I don’t even know if they need any more” COVID-19 spending, adding that if Democrats “show they really needed the money, we ought to do it, but there’s a lot of ambiguity and vagueness.” Republicans have requested the Biden administration make clear the extent of unused COVID-19 relief funds already approved by Congress, but the administration has thus far only provided “staff briefings.”

Tax Writers Eye Extenders. Some congressional tax committee members had originally hoped to include  language extending a number of expired tax provisions in the $1.5 trillion omnibus package. These were ultimately left out. Known as “extenders,” these provisions generally move toward the end of a calendar year.

Rep. Richard Neal (D-MA), chair of the House Ways and Means Committee, said last week he thinks Congress will pass legislation this year to extend a number of tax credits that expired at the end of last year. That could occur during the lame-duck session—the time between the November midterm elections and the swearing in of the new Congress.

How many tax provisions will be included in a year-end package, however, remains undecided. Neal said recently that the research and development tax credit and renewable energy tax credits could be included.

According to the Joint Committee on Taxation (JCT), which released a report in January 2022 listing all expiring federal tax provisions, 40 tax provisions expired in 2021.

Gig Tax Reporting Threshold Bill Introduced. A bicameral group of Democrats introduced legislation today that would increase the de minimis exception for when third-party settlement organizations must issue a Form 1099-K. The American Rescue Plan Act, passed in 2021, required third-party settlement organizations to issue Form 1099-K to taxpayers who have over $600 in transactions with no transaction threshold, down from the previous threshold of $20,000 and 200 transactions.

This bill, known as the Cut Red Tape for Online Sales Act, would raise the reporting threshold from $600 to $5,000 on third-party transactions. The bill would also require plain language notices to payees regarding Form 1099-K. The IRS Form 1099-K tracks income received through third-party payment methods, such as credit cards, PayPal and other payment settlement services. The provision will impact gig workers as well as other independent contractors who are compensated using third-party payment methods.

The bill is an attempt to lower the reporting threshold, while excluding non-business transactions, such as the cost of selling used goods online.

The bill was introduced by Sens. Maggie Hassan (D-NH) and Kyrsten Sinema (D-AZ) in the Senate and Reps. Chris Pappas (D-NH) and Cindy Axne (D-IA) and would apply retroactively to cover 2022.

Pascrell Calls for Stepped-Up Basis Rulemaking. Rep. Bill Pascrell (D-NJ), who chairs the House Ways and Means Subcommittee on Oversight, sent a letter to Treasury Secretary Janet Yellen last week highlighting the “gaps in federal law and failures to enforce aspects of current law” related to tax-free stepped-up basis on appropriated assets taxpayers inherit upon the death of another taxpayer.

Pascrell encouraged the Treasury Department and IRS to “take targeted actions to limit or even eliminate strategies that wealthy individuals and families use to exploit the stepped-up basis loophole.” He described one common estate planning strategy in which taxpayers transfer assets to an irrevocable grantor trust while still alive. This strategy allows the property to be excluded from the grantor’s gross estate at death, thereby avoiding the estate tax.

Pascrell ultimately asked the administration to “promulgate regulations clarifying that the phrase ‘bequest, devise, or inheritance’ in Code section 1014(b)(1) does not apply to the termination of grantor trust status upon the grantor’s death or to the transfer of an irrevocable grantor trust’s property upon a grantor’s death.”

As the Build Back Better Act stalls in Congress, Democratic members are seeking to accomplish their agenda through the regulatory front.