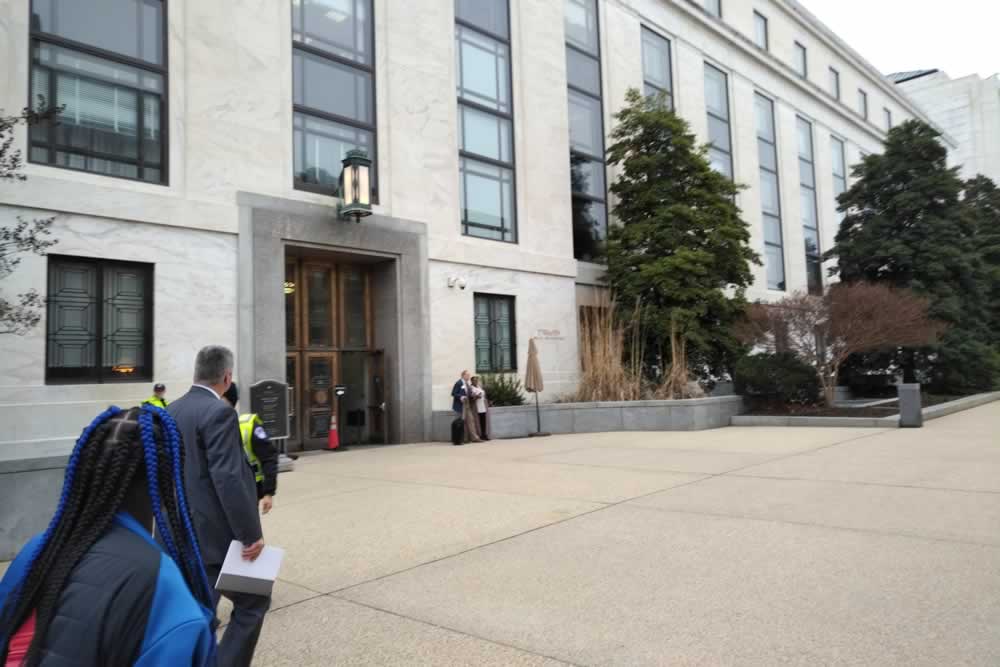 If you’re a regular reader of these updates, this week’s will seem like Deja vu. Congress moved quickly to pass a costly aid package without regard to how it would be paid for, which the President signed immediately.

The $484 billion relief package was initially supposed to be $250 billion for topping off the small business loan program created to help small businesses keep employees on the payroll, which quickly ran out of its original $350 billion in funding. When the dust settled, the Paycheck Protection Program (PPP) got an additional $310 billion, and money was also directed to hospitals ($75 billion), testing ($25 billion), and for emergency disaster loans and grants ($60 billion).

Of course, all of this money was supposed to try and keep Americans paid and employed during the national lockdown. Still, the government reported another 4.4 million people filed jobless claims last week, bringing the total unemployed nationally 26 million over five historic weeks. (Here’s a historical unemployment graph that is stunning.)

Congress has now passed four relief bills in the last seven weeks that total nearly $2.8 trillion—roughly the combined total of the fiscal year 2019 and 2020 discretionary spending for the entire government. At the time, the national debt was approximately $10 trillion but is now just surpassed $24 trillion.

While we’re starting to see some elected officials voicing concerns over the debt they’re piling up, no one believes the spending is done. Congress is expected to return to Washington the first week of May to begin negotiations on a fourth stimulus (the last one was considered 3.5 as it just plussed up the third stimulus) expected to be in the $2 trillion range.

The Trump Administration is focusing on three broad planks: some sort of infrastructure measure, a tax break of some variety, and policies that would help bring manufacturing back from China. On infrastructure, no one believes the package will include huge spending on typical roads and bridges type deals but instead be targeted to fix issues highlighted during the COVID-19 lockdown, such as expanding 5G cellular technology deployment and greater broadband access. The administration is also looking at various tax proposals like increased deductions for charitable giving and a payroll tax cut, but understand many ideas they have would be heavy lifts to get through Congress.

And Democrats have identified a slew of funding priorities for the next major legislative package include: state and local governments, mail-in voting, shoring up cash-strapped employer-sponsored pension programs, US Postal Service, monthly cash assistance for lower-income individuals, protections for renters, free health care coverage for coronavirus patients, and hazard pay for essential workers including doctors, nurses, and grocery store clerks, among other things. House Speaker Nancy Pelosi (D-CA) has suggested that just helping states transition to vote-by-mail programs to allow full participation in the November election if the pandemic is still forcing people to stay at home would cost about $4 billion alone.

The one voice of reason seems to be Senate Majority Leader Mitch McConnell (R-KY), who has made clear that lawmakers won’t pass “Phase Four” by unanimous consent, meaning it will have to wait until the Senate reconvenes. Senator McConnell wants Congress to proceed with caution and determine how the first three stimulus bills are doing prior to passing a fourth. And Senator Rick Scott (R-FL) has outlined a “Let’s Get Back to Work” plan that includes, among other things, addressing yearly deficits. “Even prior to Coronavirus, our nation was running trillion-dollar yearly deficits. In order for America to be prepared for the next challenge, and ensure a prosperous economy for generations to come, Congress and the Administration must work together to bring spending under control.”

And the battle lines are just starting to be drawn.

Dan Balz of the Washington Post wrote, “More spending could be required in the future to patch the holes the pandemic has revealed. The nation also is likely to need higher taxes — and not just on the wealthiest — to help repay the enormous debt Washington is incurring to rescue the economy and workers.”

Large corporations won’t be spared either as people like Representative Alexandria Ocasio-Cortez (D-NY) call for higher taxes on Amazon, Facebook, and Walmart to help pay for all of this spending.

And it didn’t take long at all for proponents to call for the imposition of a wealth tax, as highlighted in the NY Times Op-Ed “A wealth tax Is the logical way to support coronavirus relief.”

At some point soon, the bill is going to come due for all of the current and past overspending by our elected officials. Your support of PATG is more critical than ever as we work to highlight good tax policy and how not to destroy family-run businesses!