Soldano Is The Invisible Leader In Killing Estate Tax 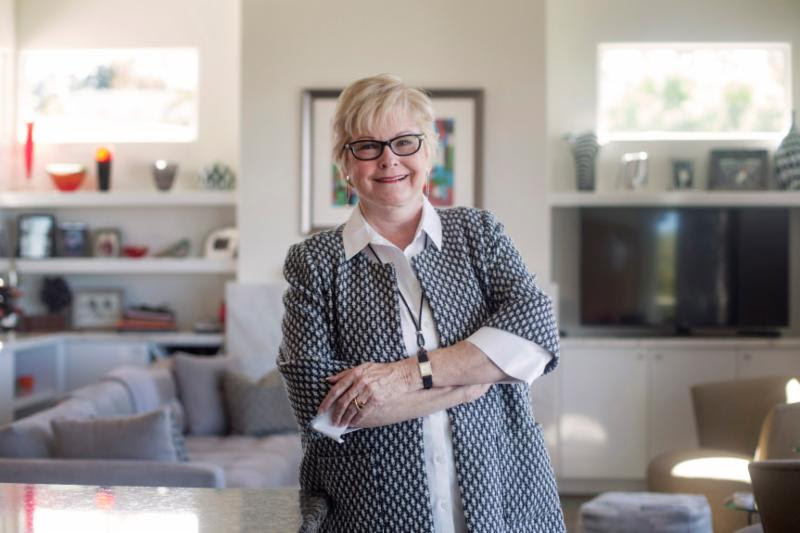 Patricia Soldano is whip-smart, a bulldog and for 22 years has been the leading champion for killing the controversial Estate Tax. Never heard of Soldano? Then you’re not a member of Congress.

Bulldogs, you see, operate in the background. With the GOP’s new tax bill bent on eliminating the Estate Tax, it would seem that Soldano would be celebrating in the nation’s capital this week. Better make that marching.

Founder of the Policy and Taxation Group, Soldano will arrive in Washington, D.C., on Monday to knock on doors and huddle with the powerful to ensure the Estate Tax dies. Bulldogs take nothing for granted, and Washington is nothing new for Soldano.

For one week every month over the last two decades, she has lived in Washington to attack the pitfalls of the Estate Tax. Soldano explains that with 535 members in Congress, she has plenty of work. Heck, Soldano’s already girding for the possibility that future Democrats will try to reverse Republican policy.

If this woman sounds like a wonk, that’s because she is.  Soldano nimbly performs a triple-twist dive deep into the complexities of the gift tax and something called the “generation-skipping transfer tax” – please, don’t ask. When you hang with someone like Soldano, there are layers of information, interest and insight.

The love of her life is former Indy Car driver Danny Ongais, inducted into the Motorsports Hall of Fame. He and she have been together 32 years. She collects colorful, edgy paintings and isn’t afraid to volunteer that her taste veers toward inexpensive artists. Her favorite holiday is Halloween.

The daughter of a career Marine first sergeant, Saldano grew up in Fullerton. Dad was strict and taught his daughter a lot about things like fortitude, persistence, tenacity. For a young teenager, the traits were not always easily learned. But they helped forge a woman who could thrive in what was – and continues to be – a Congress made mostly of men in suits.

After Soldano graduated Cal State Fullerton and Claremont’s Peter F. Drucker Graduate School of Management, she specialized in high finance. Only 5 percent of her colleagues were women. “It’s still the same,” she tells me, “after 30 years.”

Her clients included Frederick Field, heir to the Marshall Field department store chain. Eventually, she developed an expertise in the little-known, complicated and rarified world of something called “single family offices,” firms that specialize in assisting multi-generational families with everything from investments to management.

Soldano founded her own company in Costa Mesa, Cymric Family Office Services. Later, her company was purchased by GenSpring Family Offices, a company she says “serves many of the world’s wealthiest families and advises on over $11 billion of assets.” It’s the kind of money – and the type of estates – that most people won’t cry over when something gets spilt. And that, Soldano says, is wrong.

In the mid-1990s, one of Soldano’s clients at age 38 lay on her deathbed with cancer. Complex estate tax laws consumed the client’s dying days. “Families work hard, build businesses and create jobs,” Soldano thought at the time. “Why at death should they be penalized for doing that?”

Thriving in a ‘man’s world’

On her balcony in Anaheim Hills, Soldano takes in the Santa Monica and San Gabriel mountain ranges. A waning silver moon hangs in the cerulean sky. Below, a brown fountain gurgles near a bird feeder filled with seed. Only a few weeks earlier, the raging Canyon Fire 2 blaze destroyed or damaged some 30 nearby homes. Firefighters were successful in sparing Soldano’s neighborhood. But a short drive reveals just how close and how huge the wildfire blazed. Soldano shrugs off the fire. It’s not because she doesn’t care about the families who lost homes. She does. But Soldano is a fearless woman of confidence and grit.

When she first started lobbying in Washington, she recalls being told, “Go away little girl. You’re never going to make a difference.” When asked, Soldano allows she’s a feminist in an era when the term is often misconstrued. For her, feminism means nothing less and nothing more than supporting women’s rights, supporting equality.

Soldano also believes in results. Some two decades ago, Soldano recalls, she flew to Texas on a private plane with a small group of male colleagues to help negotiate an oil company deal. The meeting was over dinner and she was the only woman. Finally, dinner ended without any discussion of the deal. She quietly asked what went wrong. “Oh,” a man on her team said, “we got the deal done in the men’s restroom.”

“What’s most important,” Soldano explains with patience and calm, “is getting the job done.”

Those same values and strategies are what moved Soldano to take on the Estate Tax.

Estate taxes claim a whopping 40 percent of a family business’s current assets, Soldano notes. Currently, the tax only kicks in after more than $5.5 million in assets.  The GOP bill would double the exemption next year and gradually reduce the tax to zero in 2024. Experts estimate the phased repeal would cost $172 billion over the next decade.

Sure, some family businesses are huge. But many estates are what Soldano calls medium size family businesses. Some estates are simply investments, but most are comprised of liquid and non-liquid assets, such as land, buildings, machinery. When parents die, she says, the 40 percent tax burden too often forces heirs to sell the family business, divide land, end local philanthropy.

“These are the people,” says the lobbyist, “who create the jobs in this country.”

Still, the longtime crusader of ending the Estate Tax is practical and acknowledges the country may not be ready to eliminate the tax entirely. Then she throws out a stunning offer for the Estate Tax, one she will undoubtedly discuss in the nation’s capital behind closed doors.

“I try to be understanding and prudent in what makes sense.” Soldano ends our meeting with a handshake. It is warm, dry, firm. But not crushing. Then she prepares to leave for Washington.

“Every time I fly there,” Soldano confesses, “I get inspired. I feel like I can change the world.”