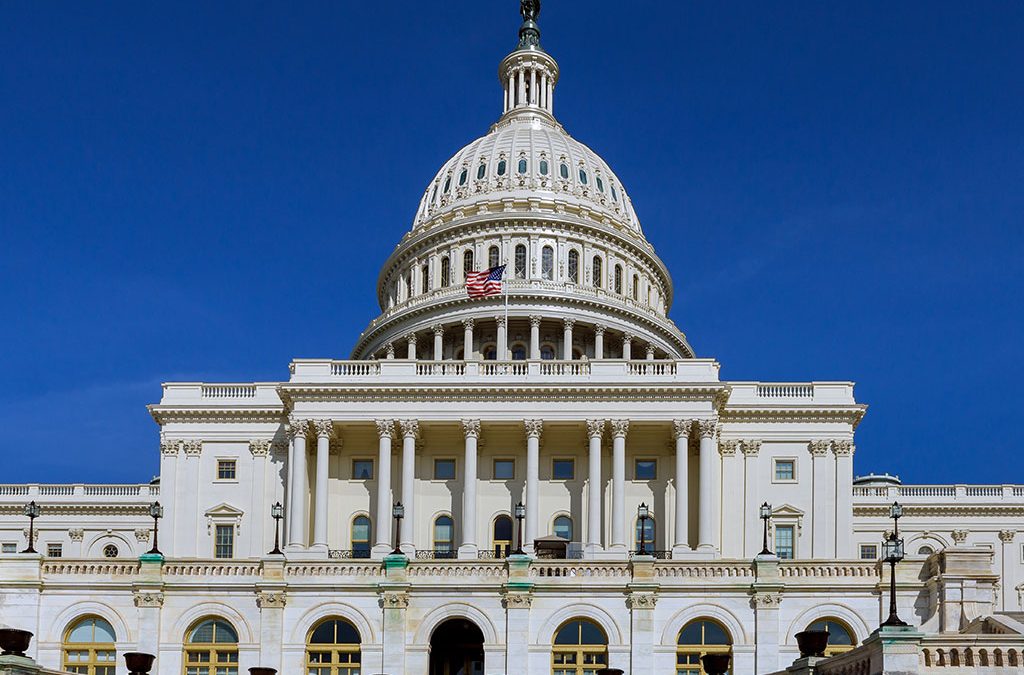 Recess Recap: What happened over the last month in the world of tax?

Congress Considers Options to Delay Impending Shutdown. With Congress unable to reach a consensus on appropriations bills for fiscal year 2023, lawmakers must reach a deal on a continuing resolution (CR) this month to avoid a government shutdown on Oct. 1. The House of Representatives is currently discussing a proposal to extend the fiscal year 2022 government spending levels for 12 more weeks until Dec. 16. Both chambers are expected to take up this short-term solution next week at the earliest.

However, congressional requests for additional supplemental funding may complicate the process. While Republicans have expressed strong support only for a barebones extension of government funding at current rates, several policy proposals have been raised that may require consideration in any final deal. At the forefront of the conversation is a request by Sen. Joe Manchin (D-WV) to include energy permitting reform legislation in any potential budget deal. Manchin claims that Senate Majority Leader Chuck Schumer (D-NY) had previously promised him that the Senate would consider permitting reform policy before the end of the fiscal year. Yesterday, Sen. Shelley Moore Capito (R-WV) introduced a separate bill on behalf of herself and 38 other Senate Republicans to reform the federal permitting and project review process.

Further complicating the CR process, the Biden administration is seeking an additional $50 billion for several miscellaneous initiatives and policy objectives. Of this total request, $22.5 billion is dedicated to additional COVID-19 funding for vaccines and other emergency equipment. Republicans are unlikely to support the proposal, likely arguing that any additional funding for pandemic relief should be taken from already-authorized, unspent COVID funds. The White House is also requesting nearly $14 billion in additional aid for Ukraine, more than half of which would be dedicated to direct military assistance. In the past, Republican leadership has been accepting of emergency relief for Ukraine and may support a slimmed-down version of those requests. Biden has also asked for a series of more limited additional emergency support for various items including funding for Mokeypox vaccines, natural disaster relief, non-Russian-sourced uranium, modernization efforts for the Strategic Petroleum Reserve and livestock/crop insurance.

Early indications suggest that there may be bipartisan support in the Senate for a stopgap proposal to fund the government until Dec. 16. It is currently unclear which supplemental proposals will receive serious consideration in the bill.

All Eyes Turn to Treasury After IRA Enactment. Following the passage of the Inflation Reduction Act (IRA), much of the focus of both lawmakers and stakeholders will shift to the implementation and interpretation of the law’s provisions by the relevant federal agencies. The Treasury Department has rulemaking authority over most of the IRA’s revenue and spending provisions. Specifically, on the spending side, the law stipulates that Treasury must consult with the Department of Energy (DOE), the Environmental Protection Agency (EPA) and the Department of Labor (DOL) on the energy provisions in the bill and the Department of Health and Human Services (HHS) on provisions related to drug pricing reform.

The Treasury, DOE, EPA, DOL and HHS have all already begun to expedite and expand their staffing efforts, seeking to hire new employees to publish guidance to implement the IRA. Several issues have already been raised by stakeholders on the tax portions of the bill, including the implementation of new transferable and direct pay tax credits and rules around new prevailing wage and apprenticeship requirements. Agency officials will also be responsible for overhauling guidance on the existing investment and production tax credits and drafting guidance for the new hydrogen energy tax credit and advanced manufacturing incentives.

In addition to the aforementioned concerns about the green energy credits, criticism from U.S. automakers has also been levied against the domestic manufacturing and content requirements included in the modification to the existing electric vehicles (EV) tax credit. Despite initial regulatory guidance released from Treasury last month concerning the credit, experts have predicted that final regulations will limit the incentives to a very small subset of new EV models. And, on another front, foreign governments like European Union countries and South Korea have also voiced their concerns about the new EV provisions, which they think may violate international trade rules.

On the tax increase side, stakeholders have raised questions about the implementation of the new corporate domestic minimum tax. The new levy, which is scheduled to go into effect next year, will impose a 15% tax on the book profits of large corporations. Without additional guidance, several taxpayers remain unsure of what transactions will be subject to the law. For example, it is currently unknown if certain stock trades from the subsidiary companies of applicable large corporations would be taxable under the new rules, among other specific transactions.

Regulatory guidance is expected to continue to be released over the coming months and years as the relevant agencies quickly ramp up efforts in anticipation of a wave of stakeholder feedback and potential implementation roadblocks.

Our thanks to Brownstein Hyatt Farber Schreck for this report. Read more and the summaries.