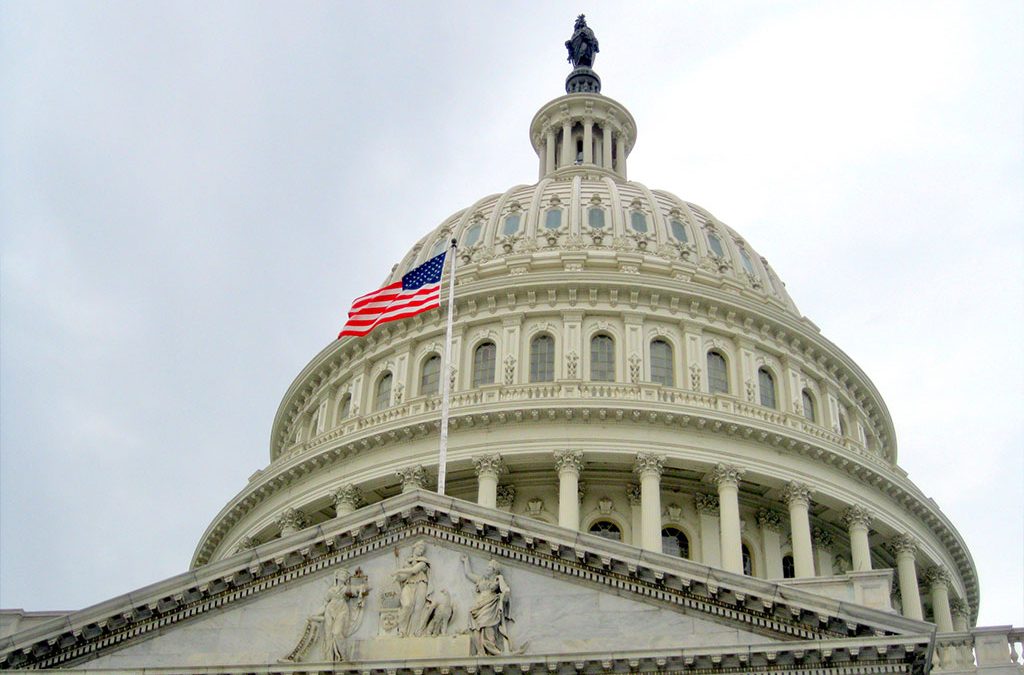 Democrats Prepare Another for Expanded CTC. With the year-long effort to legislate a comprehensive energy, healthcare and tax bill finally completed, many Democratic lawmakers and members of the administration have fully transitioned to campaigning for the upcoming midterm elections. When lawmakers return to D.C. after elections, Congress will have about five weeks to consider appropriations and other end-of-year legislation, including various tax items, such as extenders. However, with many of the energy credits already extended in the Inflation Reduction Act, it is unclear if lawmakers will have the impetus to consider a bipartisan tax bill in this Congress.

If a tax bill is considered before January, an extension of the expanded Child Tax Credit (CTC) will likely be at the top of Democrat’s wish list. In the past, some lawmakers on the left have said that they would be unwilling to support tax incentives for corporations in a tax extenders deal without the inclusion of aid for families in the form of a CTC expansion. President Joe Biden has remained a strong supporter of CTC legislation, reportedly meeting with lawmakers, including Sen. Michael Bennet (D-CO), earlier this month to renew efforts to pursue the expanded credit. House Ways and Means Chairman Richard Neal (D-MA) has since echoed Bennet’s support, publishing a statement last week in support of extensions to COVID-era CTC incentives. Following Neal’s comments, a group of lawmakers, including Sens. Sherrod Brown (D-OH) and Cory Booker (D-NJ), as well as Reps. Rosa DeLauro (D-CT), Suzan DelBene (D-WA) and Ritchie Torres (D-NY), published a joint statement in support of CTC legislation.

These lawmakers are requesting a temporary extension to the expanded, monthly CTC (up to $300 monthly per child) that was initially provided through the American Rescue Plan Act (ARPA). Though the CTC amount reverted to pre-ARPA levels at the end of 2021, recent calls for renewing the expanded credit have largely risen in response to a report published last week by the U.S. Census Bureau. The report indicated that a 46% drop in the U.S. child poverty rate between 2020 and 2021 may have been largely attributable to the expanded CTC.

Though an expanded CTC is likely a top tax priority for a significant number of Democrats, there have already been several efforts to attach this provision to a number of legislative vehicles. Most recently, efforts to pass CTC reform through reconciliation were thwarted by Sen. Joe Manchin (D-WV), who requested that work requirements and means testing stipulations be attached to any potential CTC provisions.

Even if all 50 Democratic senators were to reach consensus on a prospective CTC agreement, any tax bill would require the support of at least 10 Senate Republicans. Providing some hope to Democratic efforts, earlier this year, Sens. Mitt Romney (R-UT), Steve Daines (R-MT) and Richard Burr (R-NC) announced their proposed Family Security Act 2.0. The bill would include a simplified CTC worth up to $350 monthly per child that would be paid for by an elimination of several other federal entitlement programs, including the child portion of the child and dependent care tax credit. It also includes changes to the Earned Income Tax Credit (EITC) and would repeal the state and local tax deduction to pay for the credit.

If an expanded CTC is included in any year-end package, Democrats would need to concede to at least some of the business incentives requested by Republicans (see more below).

The Fate of Other Year-end Tax Priorities. While some Democratic lawmakers may require a reinstatement of the expanded CTC to support any potential year-end tax deal (see more above), there is even greater uncertainty over the extension of several other expiring tax provisions.

Most notably, there is broad support from both sides of the aisle on a proposal that would allow businesses to continue to immediately deduct research & development (R&D) costs. If this proposal is not adopted before the end of this tax year, taxpayers will be required to amortize most R&D expenses over five years. Last Wednesday, Chief Executive Officer of the Business Roundtable Josh Bolten raised concerns on behalf of several U.S. corporations over Congress’ ultimate inability to pass legislation to protect full expensing of R&D costs. Later that week, Raytheon Technologies, a Virginia-based aerospace and defense company, announced a projected $2 billion decrease in 2022 free cash flow, mostly attributable to a potential future inability to immediately capitalize R&D costs.

Bipartisan attempts to pursue this goal have been made earlier this Congress but have ultimately fallen short. Last year, Rep. John Larson (D-CT) introduced legislation to fully eliminate the reversion to five-year amortization. The bill was ultimately cosponsored in the House by 59 Republicans and 50 Democrats but did not receive a vote on the floor.

In the upcoming extenders discussion, Republicans may also seek to extend several other expiring business incentives. Before 2022, the deduction for net business interest expenses was limited to a maximum of 30% of a taxpayer’s earnings before interest, taxes, depreciation and amortization (EBITDA). This year, the provision reverted to only allow taxpayers to deduct net business interest expenses as a percent of their earnings before interest and taxes (EBIT)—not taking into account depreciation or amortization. Republican lawmakers will likely insist on a retroactive extension of previous law to avoid the decline in investment that could result from the shift to EBIT. Also of note, beginning in 2023, the current 100% bonus depreciation on certain types of fixed assets will begin to decrease by 20% annually until 2027. Republicans may request a delay on this phase-out process to incentivize businesses to continue purchasing tax-favorable assets.

Unlike the aforementioned adjustment to R&D expense capitalization, these two proposals are not widely supported by Democrats and will likely only be included in a year-end bill if Republicans allow significant concessions on CTC expansion or other key Democratic priorities.

Other miscellaneous tax proposals may be considered in year-end legislation, including an extension of statutes that would allow taxpayers that donate to charities to take a larger above-the-line contribution deduction. Regardless, the outcome of efforts surrounding a lame-duck package will largely depend on the results of the upcoming midterms.

CR Efforts Proceed (Slowly). Efforts to legislate a bipartisan continuing resolution (CR) have largely proceeded behind closed doors as lawmakers consider what supplemental funding requests will receive serious consideration. Most of Biden’s myriad spending requests, including nearly $23 billion in additional COVID aid, are unlikely to be included in any agreement.

However, the administration’s request for additional aid to support Ukraine in its war against Russia has more significant support. Last weekend, Senate Majority Leader Chuck Schumer (D-NY) requested at least $12 billion in military aid, $300 million more than Biden’s initial request. Senate Republicans are likely to support some level of additional aid for Ukraine.

Potentially complicating bipartisan efforts, members of the conservative House Freedom Caucus have signaled their support for only a “clean” CR, devoid of any additional funding priorities. In terms of action during the lame-duck session, these members have argued that with the possibility of one or both chambers transitioning to Republican control next congress, any appropriations measures should wait until the 118th Congress is seated in January.

Senate Republicans seem split on a “clean” CR versus a CR that does contain a few additional spending priorities. Last week, Sens. Rick Scott (R-FL), Ted Cruz (R-TX) and Mike Lee (R-UT) published a joint op-ed for Fox News in support of “clean” CR that would fund the government only up to 2022 spending levels, with no supplemental funding included. The senators also signaled support for a longer-term CR that would last until the next session of Congress, versus Dec. 16, which is the date that is currently under consideration. This would rule out the possibility of action during the lame-duck session.

On the other hand, Sens. Lindsey Graham (R-SC), Susan Collins (R-ME), Thom Tillis (R-NC), John Boozman (R-AR) and Roger Wicker (R-MS), as well as Senate Appropriations Committee Ranking Member Richard Shelby (R-AL), have expressed support for the short-term CR through mid-December and they remain open to the inclusion of select spending priorities. Republicans are unlikely to make a decision about action during the lame-duck session until after the midterm elections

Our thanks to Brownstein Hyatt Farber Schreck for this report. Read more and the summaries.