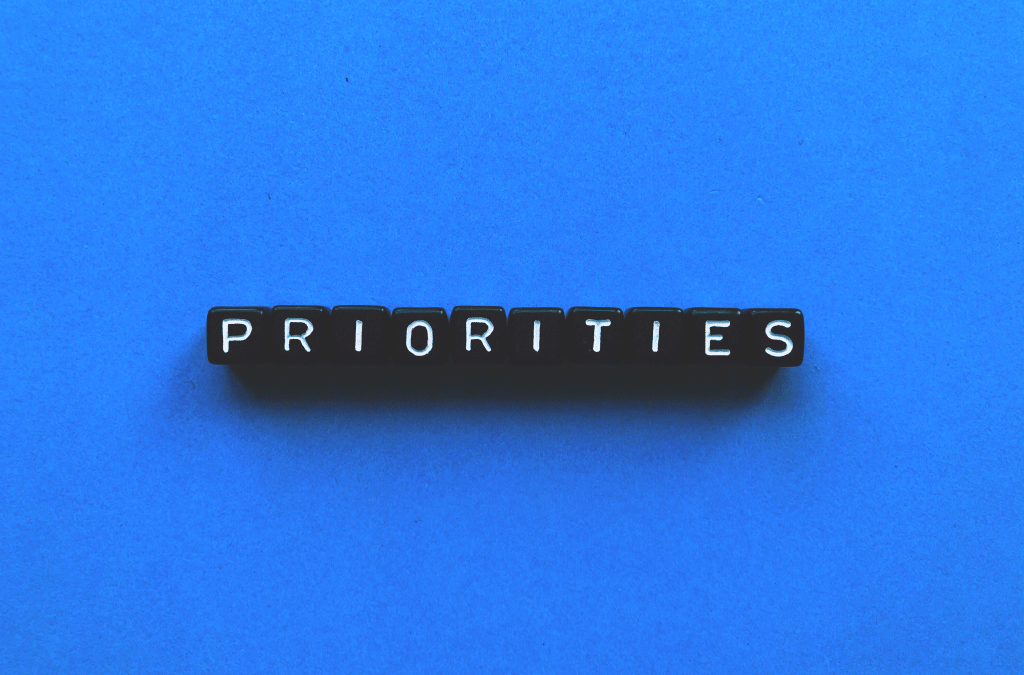 Though lawmakers on both sides of the aisle had expressed support for a broad range of tax objectives, a deal could not be reached on any of these items. Despite failed efforts to include bipartisan tax provisions, lawmakers successfully attached retirement legislation to the bill—this is included within the SECURE 2.0 section of the bill. Provisions in this section seek to simplify the savings process and afford greater flexibility for individuals nearing retirement and those who have retired.

The omnibus legislation also contains a slight funding decrease for the IRS, lowering the agency’s budget by $275 million to $12.3 billion for the coming year. This effort is a small success for Republicans who sought to limit IRS expansion after the agency was provided the nearly $80 billion over 10 years in additional funding through the Inflation Reduction Act (IRA).

Following the lack of inclusion of key tax priorities in the omnibus, several lawmakers have started teasing the possibility of an extenders package in 2023. The top bipartisan priority for most lawmakers appears to be an extension to a Tax Cuts and Jobs Act (TCJA) provision that would allow businesses to immediately deduct Sec. 174 research and development (R&D) costs. In reference to this extension, Rep. Carol Miller (R-WV), a member of the House Ways and Means Committee, commented in late December that Congress would seek to address the issue in 2023. Further hinting at a 118th Congress extension, Rep. Dan Kildee (D-MI) recently noted that “R&D would still be a popular issue” for Ways and Means Democrats in the new session. It is unclear whether Democrats will insist on an extension of the Child Tax Credit (CTC) as a condition for the inclusion of business tax provisions now that they no longer control the House. Sen. Michael Bennet (D-CO) condemned the lack of CTC expansion in the omnibus, expressing his intention to “continue to oppose cutting taxes for corporations without passing an expanded child tax credit” in the new year.

Also of potential interest to a bipartisan coalition of lawmakers in early 2023 is an expansion of lower- and middle-class housing support programs. Though it was ultimately not included in the final agreement, Republican leadership reportedly offered to support an expansion of the Low-Income Housing Tax Credit (LIHTC) in return for the extension of several business tax incentives. Moreover, in recent public comments, top Democratic tax staff have pointed to a bipartisan housing bill introduced by Sens. Maria Cantwell (D-WA) and Todd Young (R-IN) called the Affordable Housing Credit Improvement Act as a model for a potential legislative effort this year.

A final odds-and-ends tax item has also reemerged from U.S. auto dealers who saw some success in their ongoing effort to seek broad relief for an elective deferral of last-in, first-out (LIFO) accounting provisions. On Dec. 23, the Senate passed the Supply Chain Disruptions Relief Act, a bill led by Sen. Sherrod Brown (D-OH) that would allow auto dealers to wait until 2025 to replace their inventory. Though the bill was unable to pass the House due to procedural rules concerning the origination of tax bills, certain lawmakers are likely to continue pressing on the LIFO issue in 2023.

Regardless of whether a deal on tax issues is possible, it is unusual for standalone tax bills to pass early in a new congressional session. However, bringing some hope for legislative prospects, Rep. Adrian Smith (R-NE), one of three Republicans in the running for the position of Ways and Means Committee chair, recently expressed a willingness to engage with Democrats on a standalone tax deal. Rep. Jason Smith (R-MO), another contender for committee chair, said he would also seek to work across the aisle on a tax bill in early 2023, going as far as to note that he would be willing to expand the CTC in a potential deal.

Early reports indicate that House Republicans have started discussing efforts to deal with tax priorities that did not make the omnibus, targeting early February as the date to begin public discussions on the issues.

Ongoing Controversy on Clean Vehicle Credit Implementation. Amid ongoing uncertainties surrounding several green-energy tax credits enacted through the IRA, the Internal Revenue Service (IRS) officially announced its intention to delay the publication of comprehensive draft guidance on the component requirements for the new Sec. 30D clean vehicle credit. In a notice issued on Dec. 29, the agency provided information concerning several terms associated with the credit. However, the IRS also informed taxpayers that regulators would need until March to properly draft rules on the strict critical mineral and battery requirements tied to the full $7,500 credit amount.

Delays in guidance concerning the material sourcing requirements are likely due to ongoing concerns from foreign automakers that could be excluded from portions of the full credit amount depending on the Treasury Department’s and the IRS’ interpretation of the law. As written, the credit requires that: (1) at least 50% of the value of components in batteries be manufactured or assembled in North America; and (2) at least 40% of their vehicles’ batteries contain critical minerals extracted or processed in the United States or in any country that has a free trade agreement in effect.

Though guidance on the material component of Sec. 30D will likely not be circulated for at least two months, the credit will still be provided to taxpayers for purchases of qualified clean electric or fuel cell vehicles in 2023. In the meantime, the material sourcing requirements will be mostly nullified, allowing taxpayers to qualify for the full amount solely based on other factors such as battery capacity and vehicle price. Once material sourcing rules are finalized, they will be tacked onto current credit stipulations, increasing the difficulty for taxpayers hoping to obtain the full credit amount.

In response to the Treasury Department’s delay announcement, Sen. Joe Manchin (D-WV), chair of the Senate Energy and Natural Resources Committee, urged the IRS to change course and pause the implementation of the credit until further guidance can be issued. Manchin said that the battery material and components stipulations were necessary to avoid potential offshoring of U.S. jobs. As such, he believes this hasty credit implementation violates congressional intent. Furthermore, he announced his intention to “introduce legislation that further clarifies the original intent of the law” later this week.

Sen. Debbie Stabenow (D-MI) has since disputed Manchin’s criticism, applauding the Treasury Department for its careful attention to the potential effect of the credit on the U.S. job market. She further encouraged the agency to “continue its outreach to [U.S.] auto manufacturers, union workers, dealers and consumers as it finalizes guidance by March.”

To assist potential buyers in the meantime, the IRS provided a list of vehicles that will be eligible for the credit if purchased after Jan. 1, 2023. The agency also published a preliminary “Fact Sheet” to answer some potential questions on the novel credit.

McCarthy Announces New House Rules. Late last Sunday, Rep. Kevin McCarthy (R-CA) offered a proposed rules package in a last-minute attempt to quell ongoing dissent from hardline conservatives who oppose his bid for House leadership. Though these items have not appeared to sway some members of the House Freedom Caucus, several of these proposed rules are likely to significantly affect tax policy in the 118th Congress.

In a significant deviation from current House procedure, a new rule would limit any proposed legislation or joint resolutions to only a single subject. If adopted, lawmakers would be required to publish a short description of the general subject in the Congressional Record. On paper, this rule would have massive implications for any potential compromise tax reform, but it is currently unclear how the rule could be enforced.

These rules would also position the GOP to enact tax cuts through several procedural measures. Notably, McCarthy seeks to replace the current “pay-as-you-go” budget rule with a “cut-as-you-go” rule that only requires offsets if bills increase mandatory spending within either a five-year or 10-year budget window. This will help better position Republicans to introduce tax cuts, even if they do not contain equivalent spending offsets.

Further setting the agenda toward potential tax-cutting legislation, the rules would require both the Congressional Budget Office (CBO) and Joint Committee on Taxation (JCT) to consider macroeconomic effects when scoring some legislative proposals. Republicans believe that these expanded economic analyses will better display the potential increases in job creation and gross domestic product that could result from tax cuts. Another rule would also require the CBO to conduct estimates related to the potential inflationary ramifications of certain proposed bills.

Also included in the proposed rules is a restoration of an old House GOP rule that would require a three-fifths supermajority to pass any legislation to increase taxes.

As of the time of writing, it is still unclear who will ultimately be speaker of the House in the 118th Congress. Regardless, once a speaker is elected, a version of these new rules will likely be enacted, and the Republican Steering Committee will move to pick the next chairs of several House committees, including the House Ways and Means Committee.

To read more about the Omnibus Passage, please click.

About Brownstein Hyatt Farber Schreck
Brownstein Hyatt Farber Schreck is a unique law firm. Walk into any of our offices and you’ll immediately recognize a different type of energy. Complacency doesn’t have a place here. Flexibility and inspiration do. Our culture and enthusiasm allow our attorneys, policy consultants and legal staff to stay ahead of our clients’ needs and provide them with the resources they require to meet their business objectives.