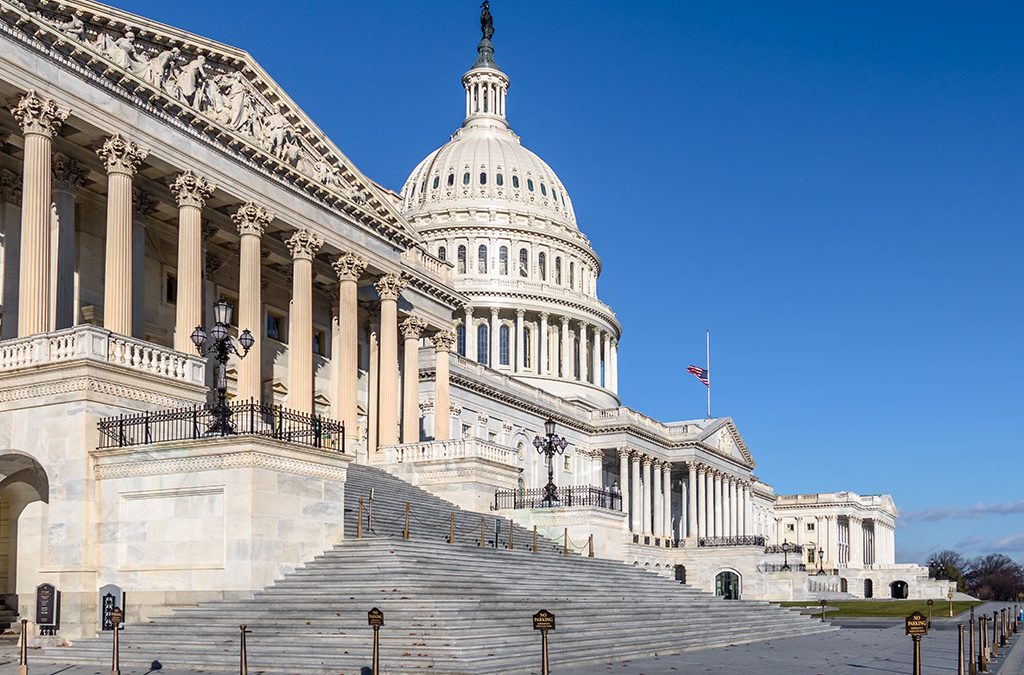 Congressional Tax Staffers Outline Agenda. Several senior staffers on the House Ways and Means Committee and the Senate Finance Committee—Andrew Grossman, Courtney Connell, Derek Theurer and Tiffany Smith—participated in a conference on tax legislation and regulatory developments last week held by the D.C. Bar Taxation Community. The staffers, who serve as tax counsel to either Republicans and Democrats on the committee, agreed on potential areas of bipartisan cooperation this Congress: a retirement security package and possibly an extenders package that could be considered before the end of the year.

Another potential area for bipartisan agreement, according to the staffers, is the Facilitating American-Built Semiconductors (FABS) Act (S.2107). Authored by Sens. Ron Wyden (D-OR) and Ranking Member Mike Crapo (R-ID), the chair and ranking member on the Senate Finance Committee, the FABS Act would establish a new 25% tax credit for investment in semiconductor manufacturing facilities. The FABS Act is being considered by conferees negotiating the Bipartisan Innovation Act.

Beyond this, the legislative priorities diverged. The Democratic staffers insisted that the Build Back Better Act remains the party’s top legislative priority, whereas Republicans warned against passing large spending packages that could exacerbate inflationary trends. If Republicans regain control of either chamber, the staffers said they would seek to make permanent the Tax Cuts and Jobs Act (P.L.115-97)—something the Democratic staffers largely opposed.

Staffers Discuss Build Back Better. On a separate panel at the tax conference last week, Democratic congressional staffers discussed the long-stalled Build Back Better Act (BBBA). According to Robert Andres, a senior policy adviser for Senate Finance Committee Democrats, the package will not pass in between the August district work period and the November midterm elections due to political sensitivities. Should BBBA remain stalled in Congress before the monthlong break, the next opportunity for passage would be during the “lame-duck” session, the period after the midterm elections and before the next Congress. Should Democrats attempt to move a package then, they will need to initiate a new budget reconciliation process since Congress will enter a new fiscal year beginning Nov. 1.

In the meantime, Andres said the BBBA still remains “the best vehicle to provide long-term certainty for [energy] incentives.”

Alice Lin, a budget policy adviser for House Ways and Means Committee Democrats, agreed. Should the package ultimately fail, however, she said lawmakers could still move energy provisions in a year-end tax extender package. She acknowledged, though, that the duration of the provisions would likely be shorter if they moved through an extenders package, suggesting one- or two-year periods as opposed to five years, for example.

Implementing the Inclusive Framework. Treasury Secretary Janet Yellen is still hopeful Congress can enact some version of the Build Back Better Act this year, and she wants it to include the corporate minimum tax provisions required for compliance with the Pillar Two global minimum tax regime endorsed by nearly 140 countries through the Organisation for Economic Cooperation and Development (OECD) last October.

While Yellen admitted to not knowing “what will happen with reconciliation,” she nevertheless remains “hopeful that some reconciliation package will be passed” before adding that she “believe[s] that this [the global minimum corporate tax language] will be a component.”

In terms of timing, she expects the European Union (EU) to adopt its Pillar Two measures “this spring” since “the EU is very close to adopting the global minimum tax.” Should this occur, Yellen contends, “It will be a good example for the U.S.” Pascal Saint-Amans, director of the Center for Tax Policy and Administration at the OECD, seemingly agreed when he said at a tax conference last week that the EU would likely pass the directive enacting the 15% minimum tax this month.

At the same time, however, Saint-Amans was less optimistic about other countries adopting similar legislation quickly. He said, for instance, that “there is an extremely ambitious timeline. We’ll see whether it can be met.”

Speaking at a tax conference, Batchelder said the administration is “confident that the value of many [domestic] business credits is preserved under the OECD rules.” She explained that tax breaks related to low-income housing and renewable energy, in addition to the New Markets Tax Credit, would not be affected because “the income or loss and the income tax consequences of those investments typically will be excluded from the effective tax rate calculation.”

In response to questions about other U.S. tax credits such as the research and development credit, Batchelder said the U.S. has “established a process with the OECD for working towards additional clarifications.” Under the current OECD model rules, non-refundable credits would adversely affect a company’s effective tax rate calculation, potentially subjecting it to a top-up tax under the proposed global minimum tax regime.

Commissioner Rettig Testifies on the Hill. The Senate Appropriations Subcommittee on Financial Services and General Government held a hearing last week on the fiscal year 2023 budget request from the Internal Revenue Service (IRS). Commissioner Charles Rettig testified before the committee—his third time appearing before Congress within the last few weeks. During his remarks, he updated lawmakers on several issues:

Finally, Rettig acknowledged during the hearing that it could be his last. His term expires in November 2022, and there is no guarantee Rettig, who was nominated by then-President Donald Trump, will be renominated by President Joe Biden.

Democrats, in particular Subcommittee Chair Sheldon Whitehouse (D-RI), expressed concern about attempts by foreign organizations to influence U.S. elections and attempts by organizations to bypass donor reporting requirements. To address these concerns and others, some Democrats have supported the DISCLOSE Act (S.2371). Introduced by Senate Majority Leader Chuck Schumer (D-NY) in October, the bill would, among other things, prevent foreign influence in U.S. elections and enhance disclosure requirements.

Republicans, on the other hand, warned of legislative attempts to benefit one political party over another by changing the rules and regulations. Subcommittee Ranking Member John Thune (R-SD), for instance, objected to calls for turning the Federal Elections Commission, an independent regulatory agency responsible for overseeing campaign spending, into a more partisan body.

For a full summary of the hearing, contact a member of the Brownstein National Tax Policy Group.