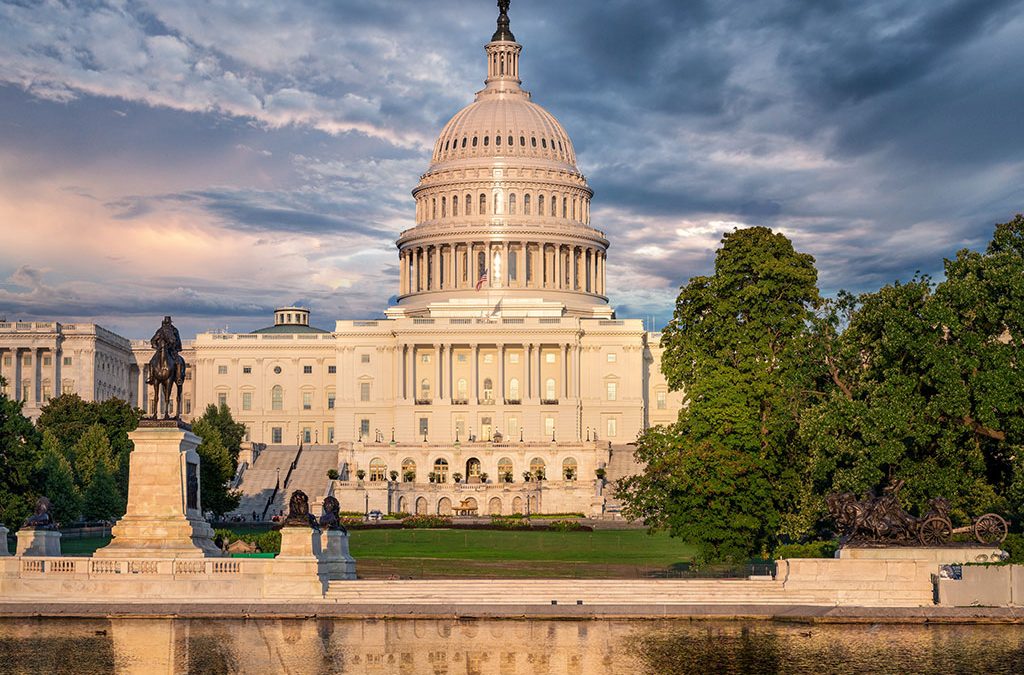 Congressional Democrats are still hoping they can pass some version of the Build Back Better Act (BBBA), the budget reconciliation vehicle to advance some of President Joe Biden’s legislative policies, prior to the August recess. Due to Sen. Joe Manchin’s (D-WV) concerns over inflation and outsized congressional spending, a revised package will include less spending and contain deficit reduction provisions. Manchin continues to push for two-to-one deficit reduction.

Discussions between Senate Majority Leader Chuck Schumer (D-NY) and Manchin have continued, with the duo meeting as recently as last week. According to reports, the two are reviewing a potential agreement in detail. The discussions have focused largely on health provisions, such as an extension of Affordable Care Act (ACA) subsidies and drug pricing, energy policy and payfors. On the energy policy front, a $4,500 bonus tax credit for electric vehicles made with domestic union labor was a sticking point. Earlier today, Manchin indicated that the provision was “out.”

President Biden has also been engaged in negotiations, recently meeting with Schumer and House Speaker Nancy Pelosi (D-CA) in order to reach a deal.

Schumer is laying the groundwork for potential action in the coming weeks. His staff is meeting with the Senate parliamentarian to prepare for a vote in July or early August. This timeline is achievable, according to Senate Finance Committee Chair Ron Wyden (D-OR), who has reportedly been directly involved in discussions. Wyden said last week he is “spending a significant amount of time every day on it” and that he thinks it can get “done before the August break.”

White House Weighs Plan to Counter Inflation. As inflation continues to climb, President Biden is working on legislation to provide Americans relief. Over the weekend, National Economic Council Director Brian Deese said the president is considering a legislative package to help Americans combat inflationary pressure. According to Deese, the White House is “working very closely with congressional leadership, with Senate leadership on that” package and is hoping to “see progress on that in the coming weeks.”

President Biden also announced his support for a suspension of the 18.4-cents-a-gallon federal gasoline tax to provide relief at the pump. Wyden lent his support for the idea, saying earlier this week “it should absolutely be on the table.” However, it is unlikely to gain the congressional support necessary to become law, and multiple members of Congress, including Democrats, have already come out against the proposal.

The EARN Act, introduced by the committee chair on Friday, would help American save by encouraging employees to enroll in retirement savings plans, among other measures. A full section-by-section of the legislation can be found here.

Wyden said the bill has received input from committee’s ranking member, Sen. Mike Crapo (R-ID), as well as Sens. Rob Portman (R-OH) and Ben Cardin (D-MD), indicating the bill could receive bipartisan support in committee. According to the Joint Committee on Taxation, the EARN Act would generate $539 million in revenue. Next, the EARN Act and other retirement security legislation moving through Congress will be compiled into a single package.

In the Senate Health Education Labor and Pensions (HELP) Committee, lawmakers are working on their own retirement package. Specifically, Committee Chair Patty Murray (D-WA) and Ranking Member Richard Burr (R-NC), have been coordinating on a package.

Retirement security legislation is widely viewed among congressional tax staffers as having bipartisan support, and a package is expected to move by the end of this year. Some lawmakers, such as Sen. Chuck Grassley (R-IA), expect the retirement security language to ultimately be included in a year-end appropriations package.

Earlier this year, the House passed the Securing a Strong Retirement Act (H.R.2954), also known as “SECURE 2.0,” which would promote retirement security by providing for the automatic enrollment of employees in certain plans and increasing the age at which participants are required to begin receiving mandatory distributions, among other provisions.

Our thanks to Brownstein Hyatt Farber Schreck for this report.  Click here to read more.