Saying It Out Loud, By Pat Soldano. November 2022. 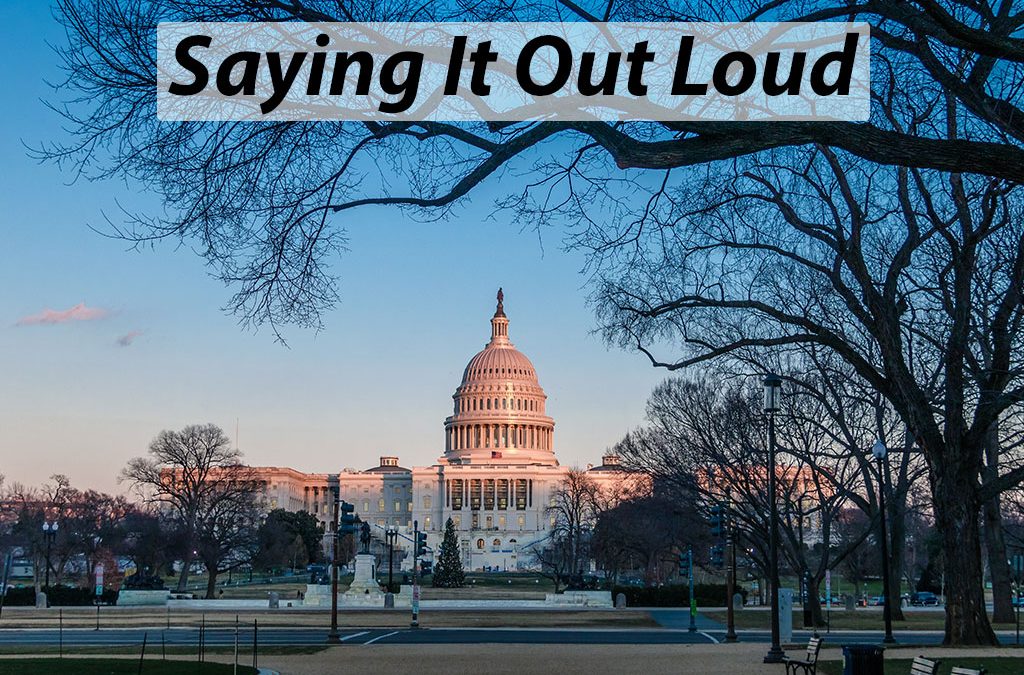 The “red wave” never came and so Capitol Hill watchers are scratching their heads about what’s next for our new divided Congress.

Against the blur of talking heads one thing has crystalized: compromise is the future.

Whether on The Hill, in the White House, or in state legislatures, policy makers need to seek compromise more than ever. Compromise is not a dirty word.

A divided government offers some benefits. It places guardrails on the excesses of one-party control. It forces leaders to talk to one another. Yes, compromise grinds things down, but compromise can wring out better policy, too.

The Problem Solvers Caucus knows something about compromise.

The Problem Solvers Caucus is made up of representatives from across the country and equally divided between Democrats and Republicans. Their function: find common ground on key issues and champion ideas that appeal to a broad spectrum of the American people. Sounds pretty good, and it works.

This quiet Caucus helped craft policy on COVID 19 Planning, pushed bi-partisan infrastructure recommendations, proposed healthcare market stabilization policy, and voted to deliver aid to children and families at need at the border. The Problem Solvers will get louder in a divided Congress, and I bet people will listen. Another bet I am making is the new Congressional Family Business Caucus will make noise too, especially on negative tax policies.

How will compromise play out for multi-generationally owned family businesses?

When it comes to tax policy, estate tax policy, issues like valuation discounts, and grantor trusts, the spotlight now moves to the soon to be Republican-controlled House Ways and Means Committee. Starting in January, Republicans will control the tax and economic policy agenda from this powerful committee. Will they be able to compromise? Let’s hope.

Sure, The White House can try to push a single policy, but the Ways and Means Committee is really in charge of the spending and revenue policy agenda. There is no super majority, and the Democratic strengthened Senate can block Republican policies, and so the need to compromise and craft commonsense law is needed more than ever.

If Congress is not motivated to compromise, the word gridlock will be the other word America’s family businesses hear a lot.

Polls already show Americans trust our institutions less today than ever. Let’s not make it worse. The midterm elections proved democracy matters as much as economy, and that country is more important than party.  So, gridlock will only add to voter frustration, and 2024 is around the corner.

For voters, and for America’s family businesses, compromise is the only way forward.

Compromise, it turns out, is not such a dirty word after all.